A place to breathe

Our vision: To be a source of inspiration for people in developing a close and personal relationship with God.

Our mission: To help God's people to be productive in the land.

We want people to learn the Jewish roots of their faith. Our main focus is to uphold and lift Yeshua up. We do this by celebrating the Biblical festivals, teaching Hebrew classes, Shabbat classes,Torah studies and Hebrew worship dance.

Rehoboth is a Messianic Jewish congregation established by David and Ellie Sumner in May, 1997. Rehoboth literally “means wide open spaces” and comes from Genesis 26:22 stating:

He went away from there and dug another well, and over that one they didn’t quarrel. So he called it Rechovot [wide open spaces] and said, “Because now ADONAI has made room for us, and we will be productive in the land.”

A Messianic Jewish congregation is a community of Jewish and non-Jewish believers in the Messiah Yeshua (Jesus) where the expression of that faith and worship is distinctly Jewish. Messianic Judaism is a resurrection of the first century expression of faith in Messiah Yeshua. Since the New Covenant was given in a Jewish context, it is best understood in that context. Rehoboth has congregants from a number of different religious backgrounds in addition to the main branches of Judaism.

Messianic Jews?….It’s a term that is being heard more and more these days.  Succinctly defined, we are Jews who believe that Yeshua (Jesus) of Nazareth is the promised Messiah of the Jewish Scriptures.  Because we believe Yeshua is the Jewish Messiah, we also believe in maintaining a Jewish expression to our faith.  Hence, we celebrate all of the Biblical holidays (i.e. Passover, Succot, etc.) as well as many of the customs which are consistent with the Scriptures. 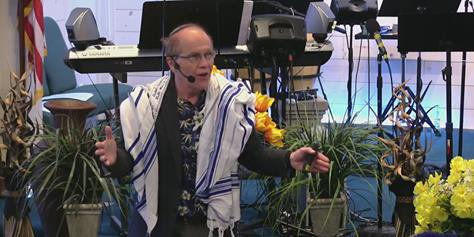